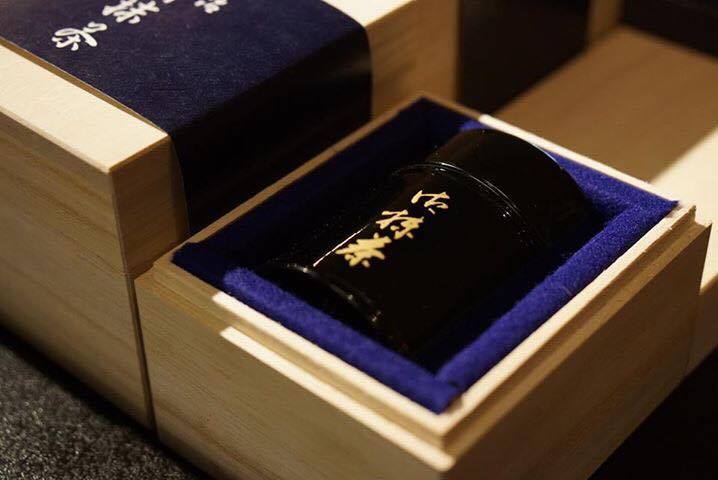 Prime Minister Award,
which is the one of Japanese Emperor three awards, at Agriculture, Forestry, and Fisheries Festival.

He was born as the fifth generation of the tea farm in Shirakawa, Uji which is best place for producing tea.He both values traditional Uji producing method and considers new method by his own . He's always been pursuing ultimate tea and which leads to masterpiece. He won many awards, especially winning Minister of Agriculture, Forestry and Fisheries award for tencha as many as 6 times. He won 56th Prime Minister Award which is one of Emperor's three awards and awarded atAgriculture, Forestry, and Fisheries Festival.He is the innovative producer who try new challenge, at the same time valuing long traditional tea history, in order to preserve andadvance tea industry.

TSUJIKI tea is very precious and sent to national and Kansai region competitive exhibition.
Our organic fertilizer is selected very carefully and tea plants are given sufficent organic fertilizer twice as much as other typical tea farm's plants, which makes it possible to accumulate umami into tea plants. It is the amount of accumulation of amino acid that determine rich umami of tencha and matcha. In order to make leaves retain umami, tea plants are covered, which blocks sunlight, step by step until harvasting. Our shading rate is 95% which is 10% higher rate than the average.
We harvest only once a year. In the harvesting season, each tea leaves are wholeheartedly handpicked by pickers. Soon after harvesting, we process as soon as possible to retain freshness and finally resulting in tencha.